South East England is known for its major points of interest for tourists. This region is the home of some iconic places like Blenheim Palace, Thorpe Park, Leeds Castle but one spot has been majestically carved out by nature itself known as the ‘White Cliffs of Dover’. White Cliffs of Dover as the name suggests are in Dover, a town in Kent and an important ferry port with beautiful beaches. The town is famous for its exuberant scenery which attracts tourists from all over the world. There are many exotic places to visit in Dover but White Cliffs and the beaches in Dover are the most noteworthy.

The geography and climate of Dover are well suited for travelers and visitors. The town has a mild temperature and few millimeters of rainfall every month. The temperature is usually in the range of 3 °C to 21 °C making it very suitable and convenient for tourists. Moreover, getting around the town is very easy due to its network of ferries, roads and busses. Cycling and walking are considered an important means of transportation within the town as well. Once you are in the town, White Cliffs and the beaches in Dover should be on the top of your list.

White Cliffs are a gift to human beings from nature. It took millions of years for them to form and emerge which shows how lucky we are. Limestone is the most important element of the cliffs. Chalk is a type of pure, soft and white limestone from which these cliffs are formed. The formation of the cliffs is a breathtaking story itself.

Millions of years ago green algae floated on that particular part of the ocean. Once it died, it sank under the depths of the ocean and combined with the remains of oceanic creatures and formed chalk. Afterwards, movements of Earth made the chalk to come onto the surface and get exposed. This formation of chalk is now known as the White Cliffs of Dover.

White Cliffs of Dover have a rich history that can be stretched back many millennia. There are a number of historical spots on and around the cliffs. It was considered as a strategic point which is why it had an important role to play during war and conflicts.

The cliffs had an important significance when it came to travel to different continents. Before air travel, one must cross Dover to start the journey to another continent. It is interesting to note that White Cliffs served as the first or the last sight of England for intercontinental travelers. Even the rescued soldiers from Dunkirk had their first sight of England through White Cliffs.

The most essential part of your trip to White Cliffs should be a visit to Dover Castle. England has its fair share of castles. According to the Castellarium Anglicanum, an index of Castles in Wales and England, there are over 1500 Castles in England. However, one must wonder what and where is the largest of them? Well, it is in Dover and it is the Dover Castle.

Dover Castle was built over White Cliffs in the 11th century by William the Conqueror. Even in this era, it is the largest castle in England and is known as the “Key to England “ due to its strategic importance. This castle has seen various wars and destruction over time but it was always rebuilt and renovated.  Luck has always been by its side. In 1642, during the Civil War, Dover Castle was captured by the townspeople. A number of castles were destroyed after the war but Dover Castle was spared.

Dover is a ferry port which is why it is necessary to have a lighthouse. One such lighthouse is situated on top of the White Cliffs. This lighthouse was made in the Victorian Era and was named as South Foreland Lighthouse. It came out of service in 1988 and is considered a cultural heritage. The scenery around the lighthouse is breathtaking as it offers the complete view of the ocean and the cliffs.

White Cliffs have become an important part of literature due to its beauty and history. The most notable example of White Cliffs reference through literature is through Shakespeare’s King Lear. “There is a cliff, whose high and bending head looks fearfully in the confined deep: Bring me to the very brim of it” (Shakespeare).

The cliffs are also mentioned in various songs, especially in the past century. The most famous of these songs are “(There’ll Be Bluebirds Over) The White Cliffs of Dover” by Vera Lynn in 1942v and ‘Cliffs of Dover’ by Eric Johnson in 1960 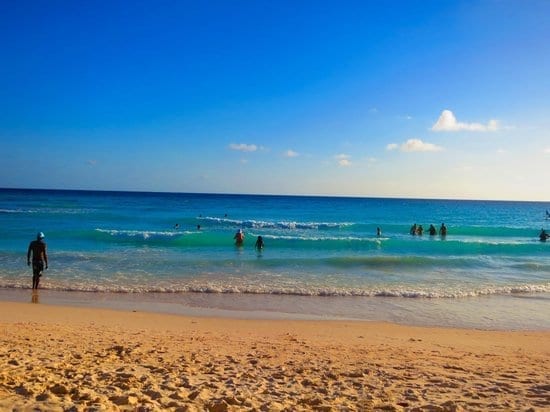 Dover is ferry point having a shoreline and has multiple beaches. The best time to visit the beaches is between the months of May and October. The weather is mild and comfortable for beach goers during that time of the year. There are many beaches in and around Dover but the most notable of them are:

Dover Harbor is situated within the town’s major port. It is closest to the town and has some attractive views. It is a shingle beach that offers the view of Dover Castle and the White Cliffs. One can gaze the ferries coming through the channels as well. The beach has a promenade, different cafes and restaurants, and is dog friendly. If you are visiting the town with your pets, expect a good time for them as well on the Dover Harbor.

Shakespeare beach is quite different from some other beaches. It takes about a 100 steps to reach the beach. However, pets are allowed all around the year. The beach offers an interesting view and it is also famous for another thing. If you are in the mood for long distance swim then it’s good news for you. Swimming through Shakespeare beach is the shortest distance that is required to reach from Britain to France.

Samphire Hoe beach is situated below the White Cliffs of Dover. This beach is also a shingle beach which is fairly a new creation. It was built in the 1980’s and 1990’s,  and it was intended to be a tourist attraction due to the view of White Cliffs. There are facilities for the disabled and multiple cafes are situated around the beach. The beach has a free entry and opens at 7 am. There are many interesting things you can do on the beach including cycling, fishing and bird watching.

Beaches in Brighton – Everything you need to know

Beaches in Bournemouth – All you need to know

About LK 519 Articles
Hi and welcome to my travel blog! Based in London, I work in investment banking in a quantitative field and although I am not part of the travel industry, I have a ton of passion for travel. My blog is a reference guide for my fellow travelers with the same passion as me. Hopefully the blog is easy to navigate and my aim is to bring the most relevant and interesting information before you begin your journey!