Book accommodation in any part of Brazil at great prices 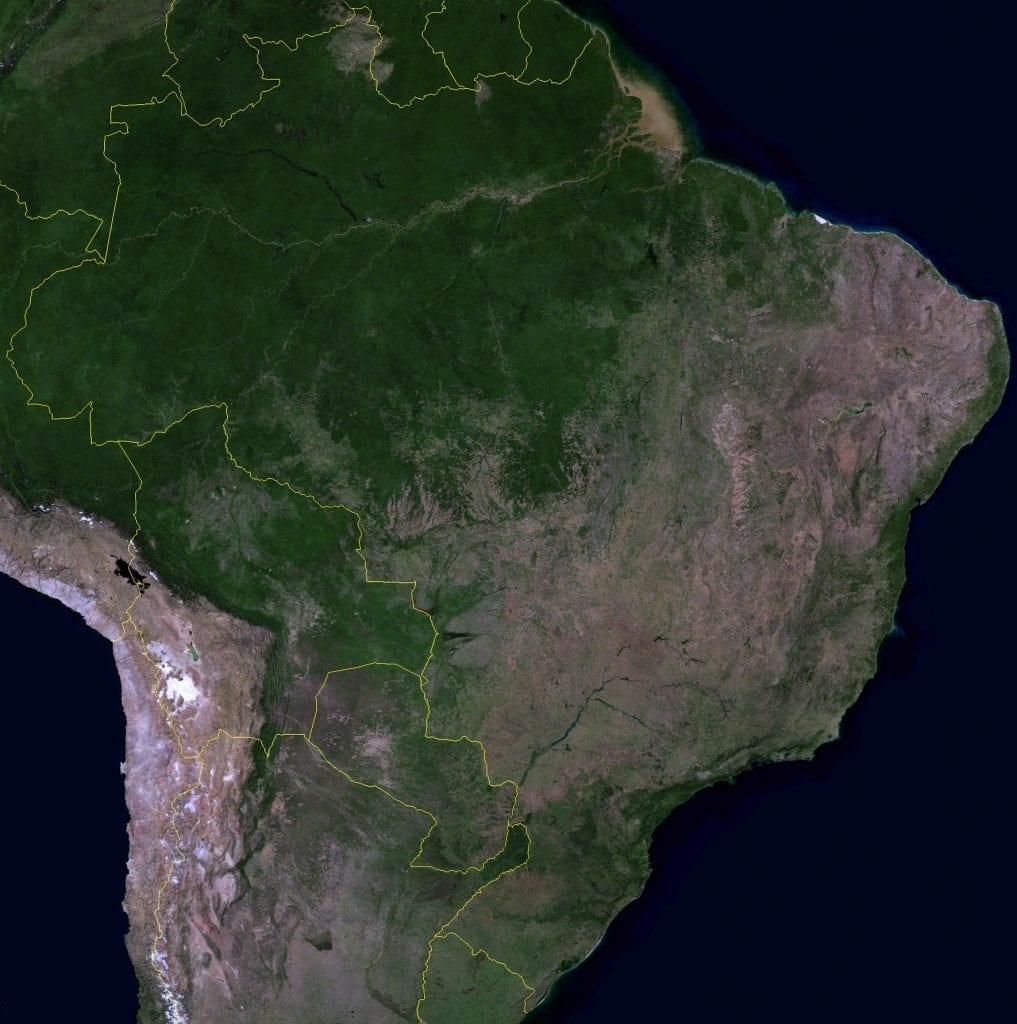 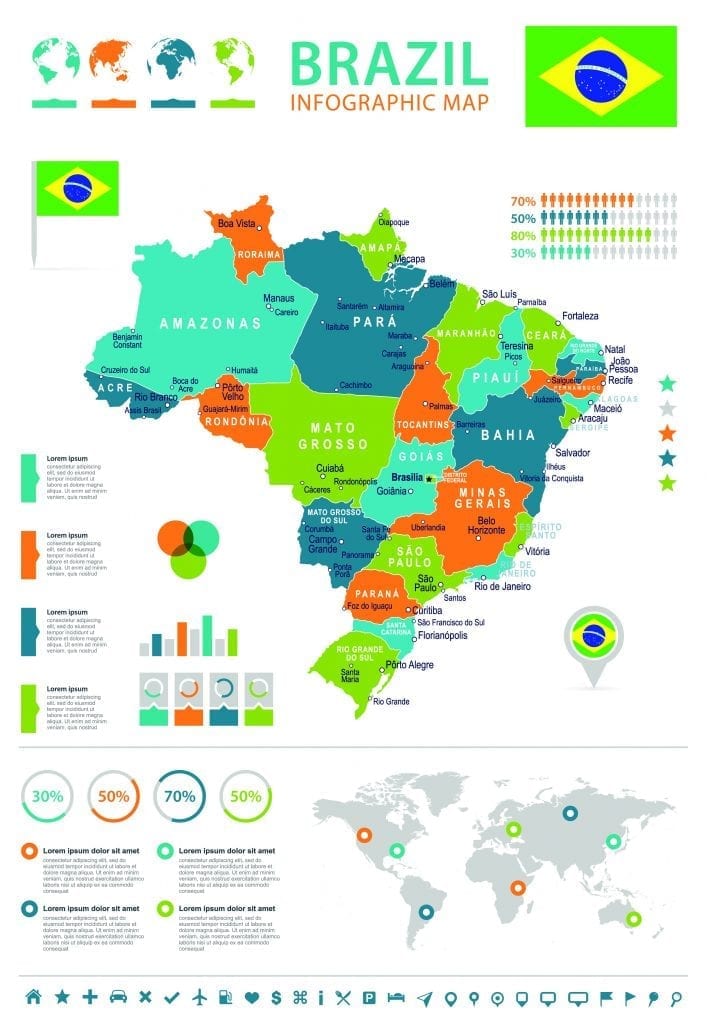 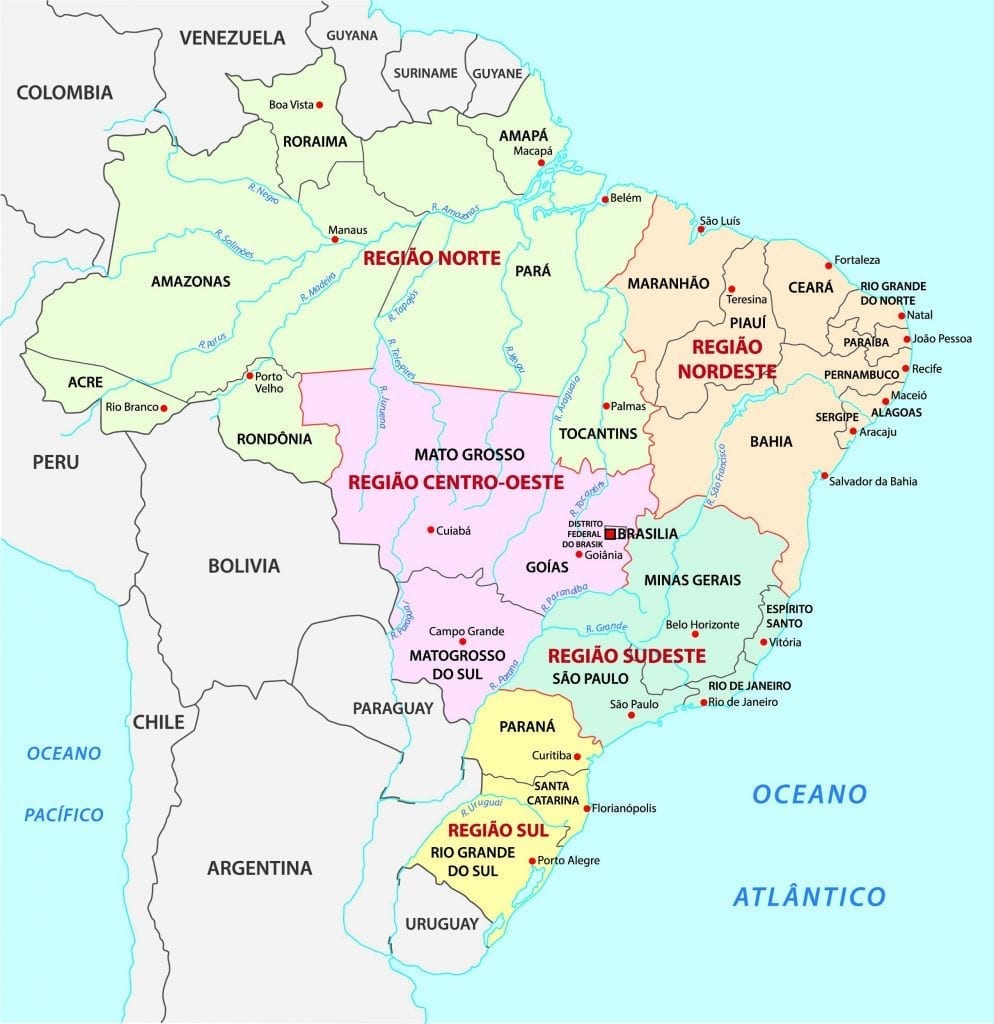 Tourist map of Brazil with landmarks and animals 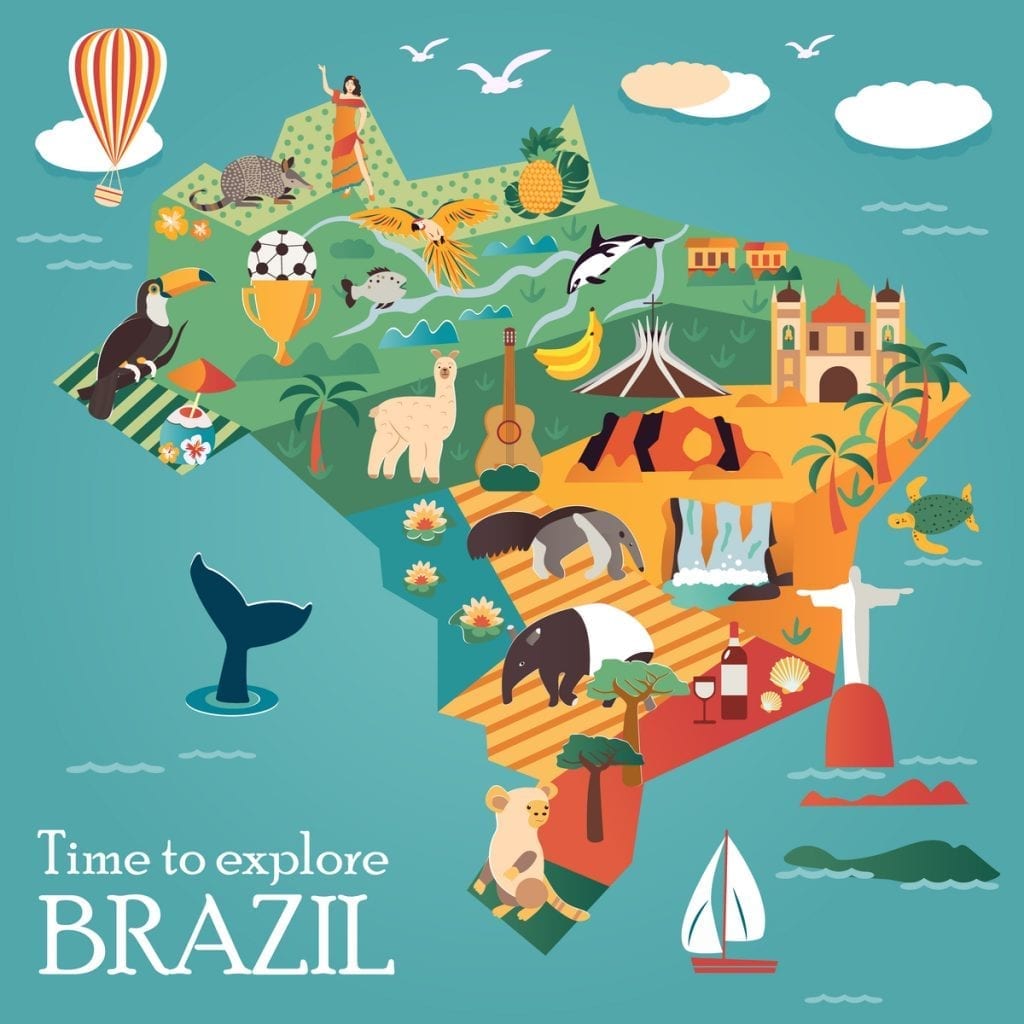 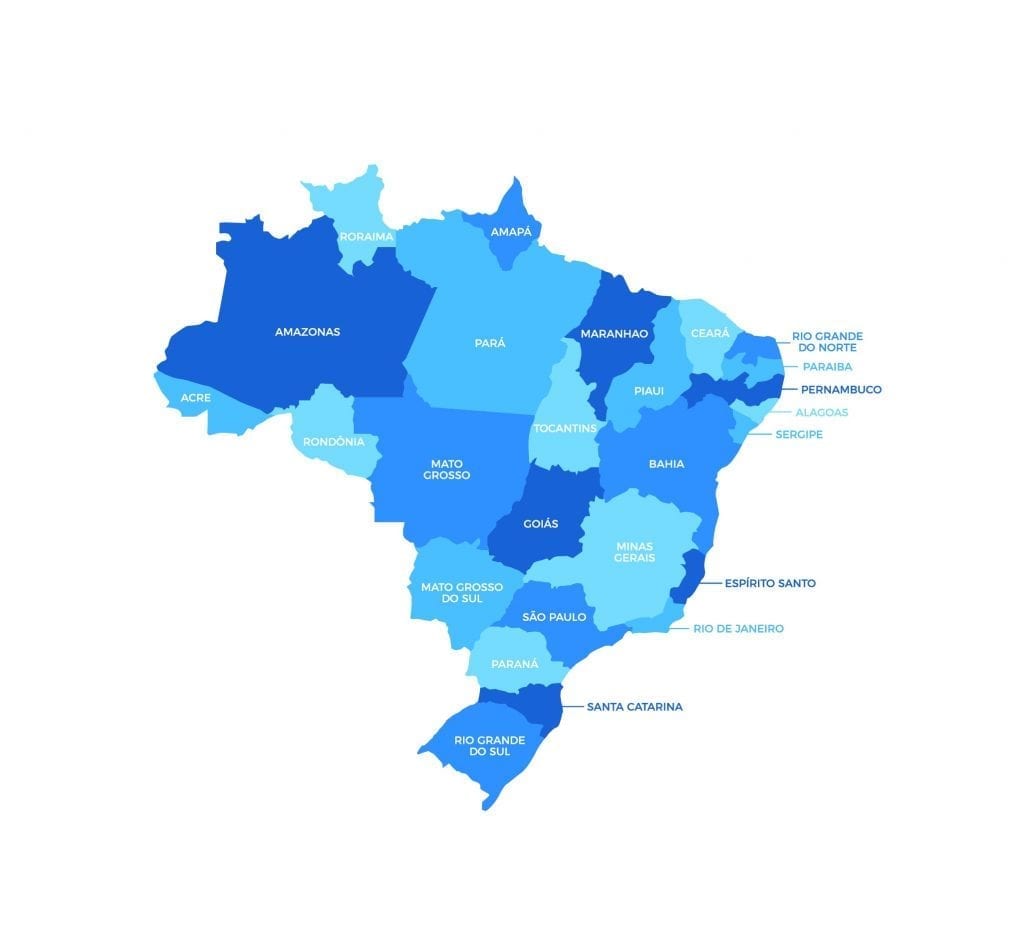 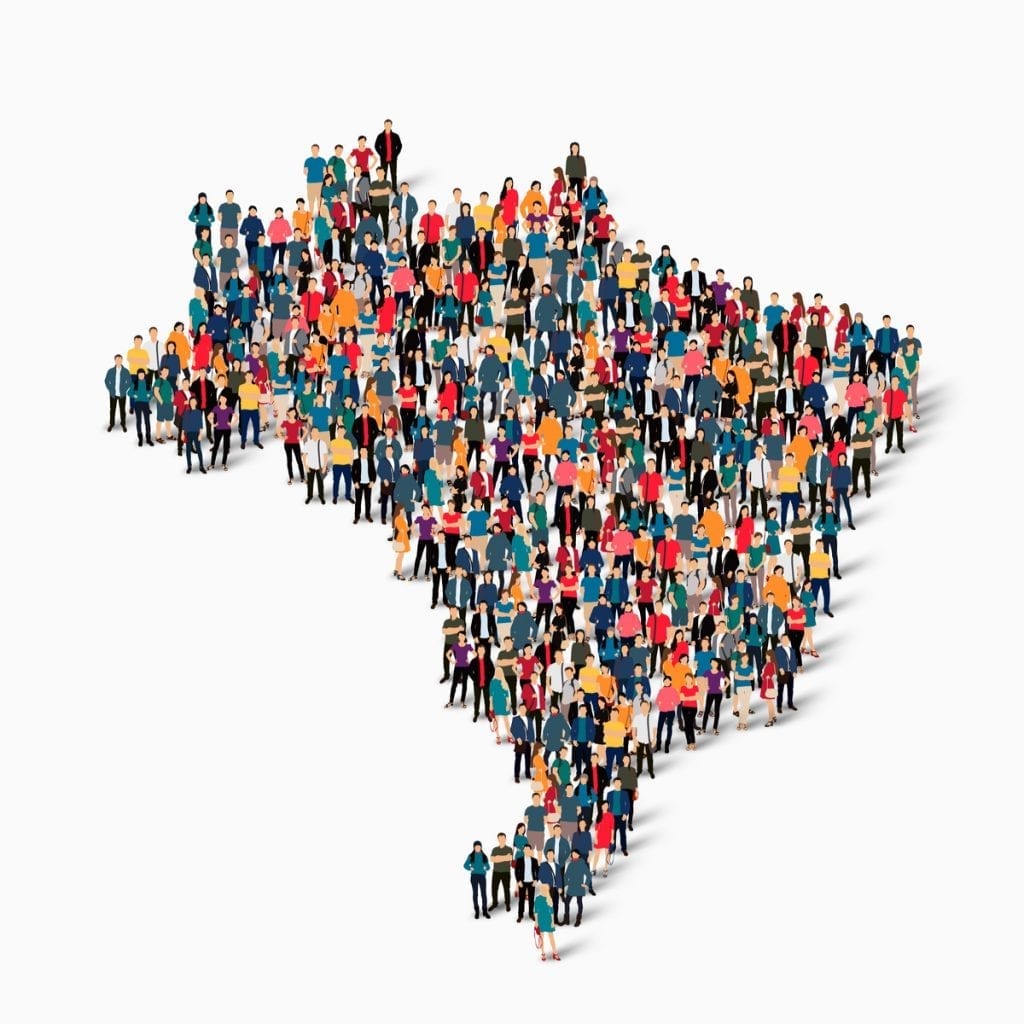 Brazil is the largest country in the continent of South America. It is officially called the Federative Republic of Brazil. The Portuguese pronunciation for the same is República Federativa do Brasil. Area wise, Brazil is the fifth largest country in the world, with an area of 8.5 million square kilometers. It also ranks fifth among the most populated countries in the world, with a population of over 208 million people. The capital city of Brazil is Brasilia, and the official language is Portuguese.

Map of Brazil and its borders

Let’s start with an interesting fact. Brazil was named after the Brazilwood trees that grew around the coast of Brazil. Brazil is surrounded by other South American countries on one side and the Atlantic Ocean on the other. It shares borders with all the countries in South America, except for Chile and Ecuador.

To the north of Brazil lies, French Guiana, Suriname, Guyana, Venezuela, and Colombia, while Peru, Bolivia, Paraguay, and Argentina lies to its west. Uruguay shares its Southern borders. The Atlantic Ocean borders the entire Eastern part of Brazil. The coastline of Brazil stretches for 7491 Kms.

Deep dive into Map of Brazil

Brazil is a geographically diverse country because of its size, climate, varied elevations, and natural resources. Brazil also includes several small islands in the Atlantic Ocean, such as Trindade and Martim Vaz, Saint Peter and Paul Rocks, Rocas Atoll, and Fernando de Noronha.

Brazil is the only country in the world that has the Tropic of Capricorn and the Equator running through it. The topographic elevation of the country lies between 200 meters and 800 meters. With scrublands, mountains, hills, plateaus, and coastal areas, Brazil has one of the most diverse terrains. The lowest point in Brazil is the Atlantic Ocean. In contrast, the highest point is Pico da Neblina, which is 2,994 meters above sea-level.

Brazil has a vast network of rivers, all of which flow into the Atlantic. The second largest river in the world, known as the Amazon River, flows through Brazil. Other significant rivers include the Parana and its main tributary, the Iguaçu, the São Francisco, the Xingu, the Tapajós, the Negro, and the Madeira rivers. The Iguaçu river also includes the famous Iguazu Falls.

Brazil mostly has a tropical climate, even though the weather varies across its vast topography. A drier area lies in the Northeast, which is known as drought polygon or drought quadrilateral. It comprises of northern Bahia and extends to the coast between Natal and São Luís.

November to April marks the summer season in the central parts of the Brazilian Highlands. This part of the country receives its highest precipitation during this time, with frequent showers. The climate here varies between storms and floods during one time and drought during the other, making it difficult to sustain in the Highlands.

May to October is the winter season in Brazil. The southernmost cities in Brazil experience snowfall, whereas the rest of the highlands has a dry winter. The winters here are pleasant with cooling winds, though the temperatures in most parts rarely dip below 20ºC.

Many excavations have revealed that Brazil had a human population existing for almost 8000 years ago. Many indigenous groups were residing in Brazil then. However, the discovery of Brazil is credited to Pedro Alvares Cabral, when the Portuguese landed on the shores of Brazil. On 22nd April 1500, Brazil was claimed for the Portuguese Empire.

Export of sugar became a significant business in Brazil in the mid-16th century. To cope with the mass production of sugar, the Portuguese brought in slaves from their colonies in Africa. By the end of the 17th century, a new resource had gained popularity. Gold export received more importance than sugar. It was known as The Gold Rush, which attracted more people from all over, to settle in Brazil. During this time, the Portuguese fought many wars with other European nations to keep their stronghold maintained in Brazil.

1808 saw the great Peninsular War, wherein the Portuguese fled to Brazil to escape the Napoleon invasion in Portugal. King Joao VI set up the capital in Rio de Janeiro, which lasted for thirteen years. Joao returned to Portugal and left the governing of Brazil to his son Pedro I.

In 1821, Pedro I led Brazil in its war for independence against Portugal. In 1822, Brazil was declared as independent, and Pedro I became its emperor. Brazil was re-established as the Federal Republic after the emperor was overthrown in 1889. Brazil finally got its first civilian president, Fernando Collor de Mello, in 1985, after many mutinies and unstable governments.

Today, Brazil is governed by its 38th President, Jair Bolsonaro. He came into power since 1st January 2019.

Brazil is the largest South American country, with a rich culture, and diversity in its flora and fauna has attracted many tourists over the years. Adventure tourism and cultural tourism are the most sought after in Brazil thanks to its lovely beaches and the vast stretch of the Amazon forests.

Below are a few of the many star attractions in Brazil. 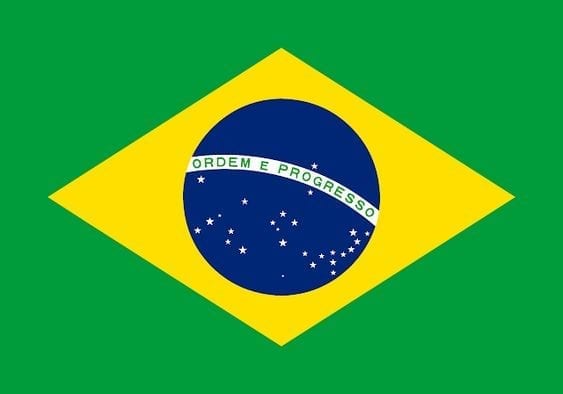 Facts about Brazil flag you should know

All flags have a story to describe, and an origin and Brazilian flag is not different from these flags. We investigated into the flag history that describes Brazil. The symbols and colours of all flags convey the values, ambitions and ideas of the country. Some facts about Brazil flag are given below

The Brazilian flag is designed in yellow diamond in the centre and bright green colour. The diamond contains a blue globe. The exact quantity of the stars in the flag is 27. The white banner contains a slogan in Brazilian language, and the meaning of this slogan is order and progress.

The present Brazilian flag is different from the previous flag during the Brazilian empire. The centre of the flag contains a blue circle that has stars neatly spread inside it, and it is an imperial symbol. Later on, this was replaced with the stars and a blue globe. These stars were closer representing a constellation.

The colours in the Brazilian flag are the signs of some factors. The flag contains yellow and blue colours with white stars. Yellow is the symbol of the country’s wealth, particularly the country’s gold reserve and Brazilian soil. For flora, fauna and extensive nature, green is the particular option. As we know that Brazil is home to Pantanal and Amazon rain-forest. The flag was different during the Brazilian Empire. It was designed in different colours with different symbolic meaning. The white and blue of previous flag represents the Virgin Mary. The concept of this representation is to show the deep roots of the country in the Catholic religion.

On November 19, 1889, the flag was designed. It was four days after Brazil had come into being as a republic. The flag was called as the name of the Auriverde. The meaning of this word is golden green. These were the colours of the flags.

These are the symbolic parts of the flag. It is the sign of constellations in Southern Hemisphere. It shows how these were seen from Rio de Janeiro. It can be seen on November 15, 1889, in the morning’s early hours. At this day, the country has declared a republic because it was an empire.

Changes in Number of stars

As the flag of the United States of America’s flag, it contained 21 stars. It was the representation of 21 states. Later on, the country was divided into more states. They flag was modified on May 11, 1992, and six more stars were added. Now, the flag contains 27 stars. The slogan on the flag is the symbol to describe successful democracy.

States and Capital Cities of Brazil

Other Important Cities of Brazil

Book accommodation in any part of Brazil at great prices