Ibis is an international hotel chain which is owned by AccorHotels. The first Ibis Hotel opened 1974 in Bordeaux. Within a decade Ibis Hotel chain expanded throughout France, particularly in the cities. The hotels are generally located near city centers, beaches railway stations or airports. Furthermore, there are now 1,152 Ibis Hotels’ worldwide located in 65 countries and 6 continents. 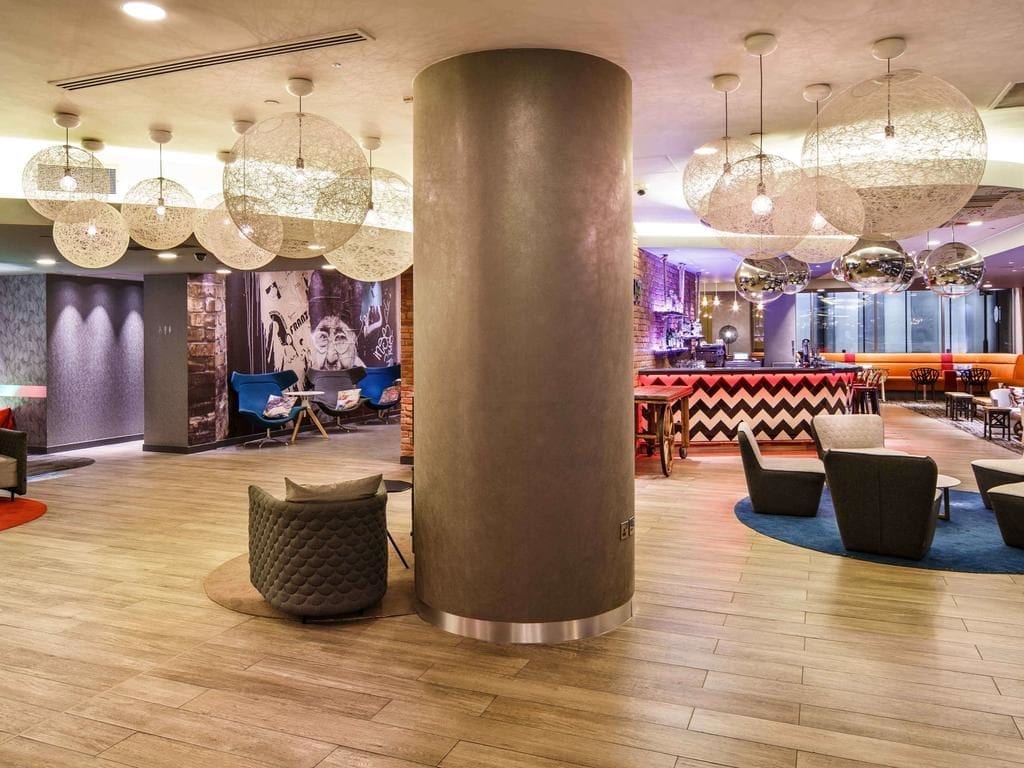 Based in one of the most electrifying  part of London, this Ibis Hotel is merely 20 yards from Aldgate East London Underground Station and a 10-minute walk from Liverpool Street Station. Not to mention, St. Paul’s Cathedral is also a 15-minute walk, while,  South Bank, with Tate Modern and Shakespeare’s Globe, is a 20-minute walk away.

Rooms inside the Ibis London City feature a modern decor consisting of private bathrooms and tea/coffee facilities. Moreover, rooms include a flat-screen TV with satellite channels, and WiFi is accessible throughout the hotel. There is an on-site restaurant called “Fogg’s” which serves dishes from around the globe and a world wine list. Likewise, the hotel includes a cozy bar offering light meals and continental breakfasts, along with hot snacks available 24-hours. 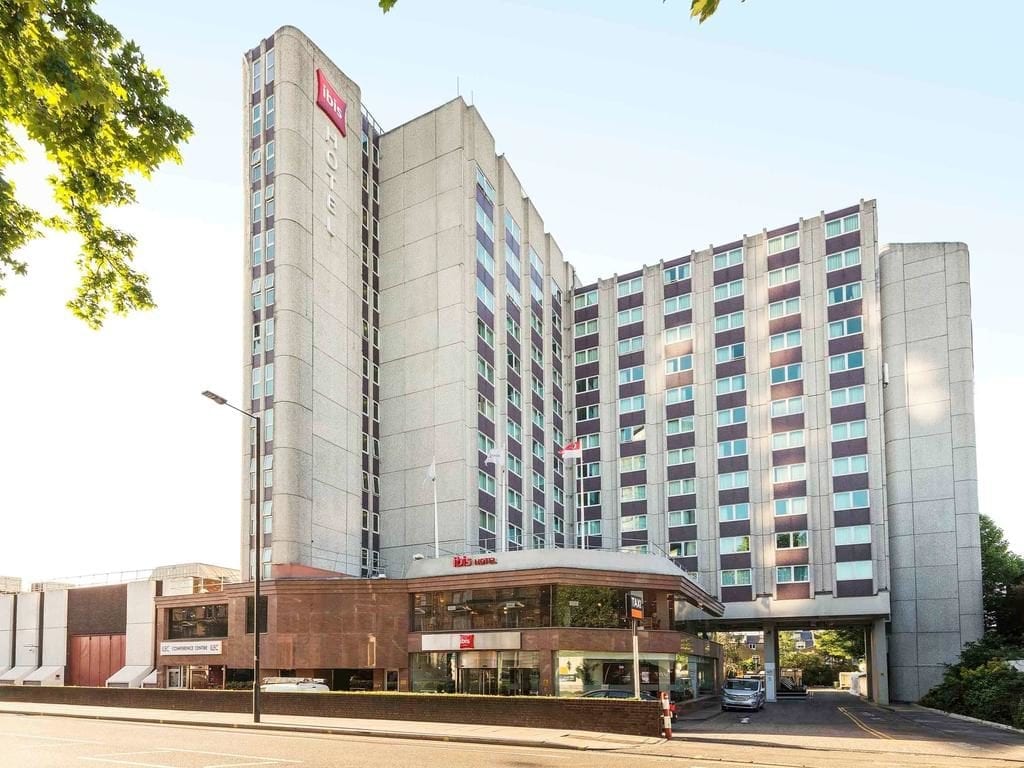 Located a few minutes walk from West Brompton Tube Station, Ibis London Earl’s Court is a few stops away from Harrods and just 16-minutes’ walk from Fulham. The Hotel also features business and parking facilities but at an extra cost. Moreover, Europe’s biggest shopping high street Oxford Circus along with theatres and bars of the West End are 20 minutes away on the Tube from West Brompton Station. Kensington and the famous Hyden Park can be reached via public transport in 11 minutes.

The rooms of the hotel are spacious yet comfortable. Each room includes a work area, private bathroom including a bath and shower as well as satellite TV. Furthermore, free wi-fi is available throughout the Hotel. For guests there is also an on-site restaurant called “La Table” offering À la carte menu, as well as a daily carvery buffet. In addition, seasonal menus are also on offer throughout the year. For breakfast you can enjoy both full English and continental options (served daily). You can also treat yourself to live sports, light snacks along with a selection of drinks in the on-site pub. 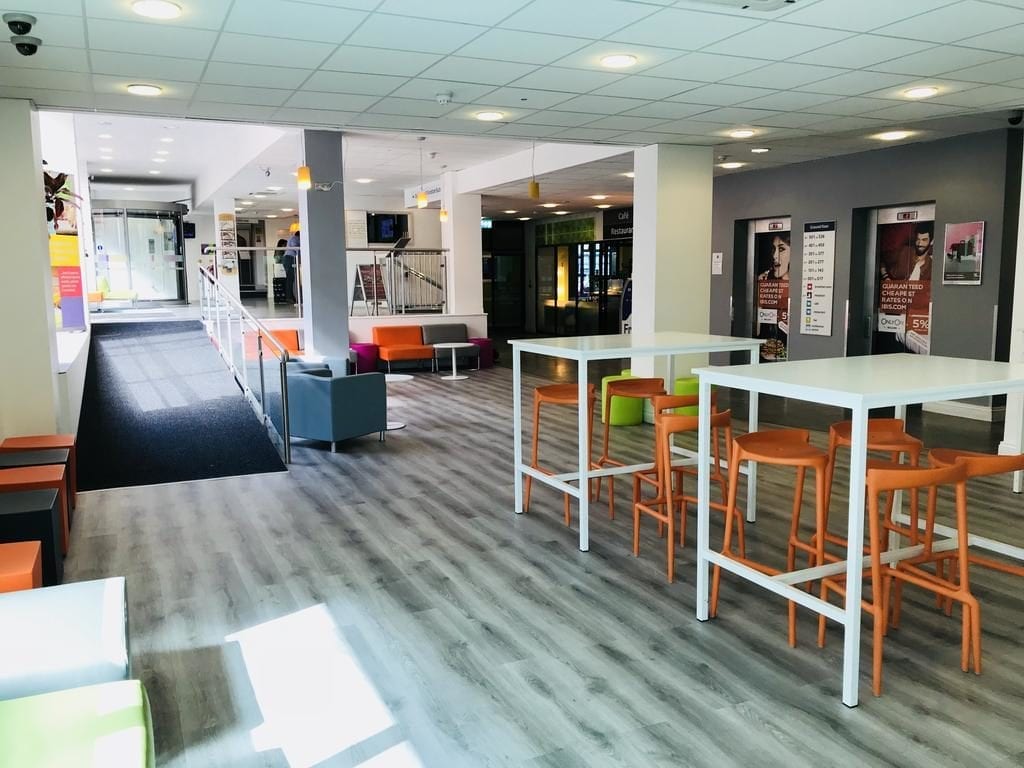 Ibis Styles London Excel is located adjacent to Custom House DLR station and opposite the ExCel Exhibition Centre. London City Airport is 10-minutes away on the DLR or by car. To get a panoramic view of the area and River Thames,  the Emirates Airl Line (cable car) can be reached within 5 minutes by public transport. Furthermore, the O2 Arena can be reached in 20 minutes by public transport and Canning Town Tube Station is only 2 stops on the DLR offering direct access to Canary Wharf, West End and Central London.

Each bedroom in the hotel has an en suite power shower, tea/coffee making facilities and a satellite TV. If you book an apartment you can enjoy the comforts of a lounge area, dining area with table and chairs and a large LCD TV. You will also have access to your own kitchen which includes a refrigerator and a microwave. The ibis Styles London Excel has a breakfast room, a cafe, an on-site restaurant and a traditional English pub serving drinks and food. 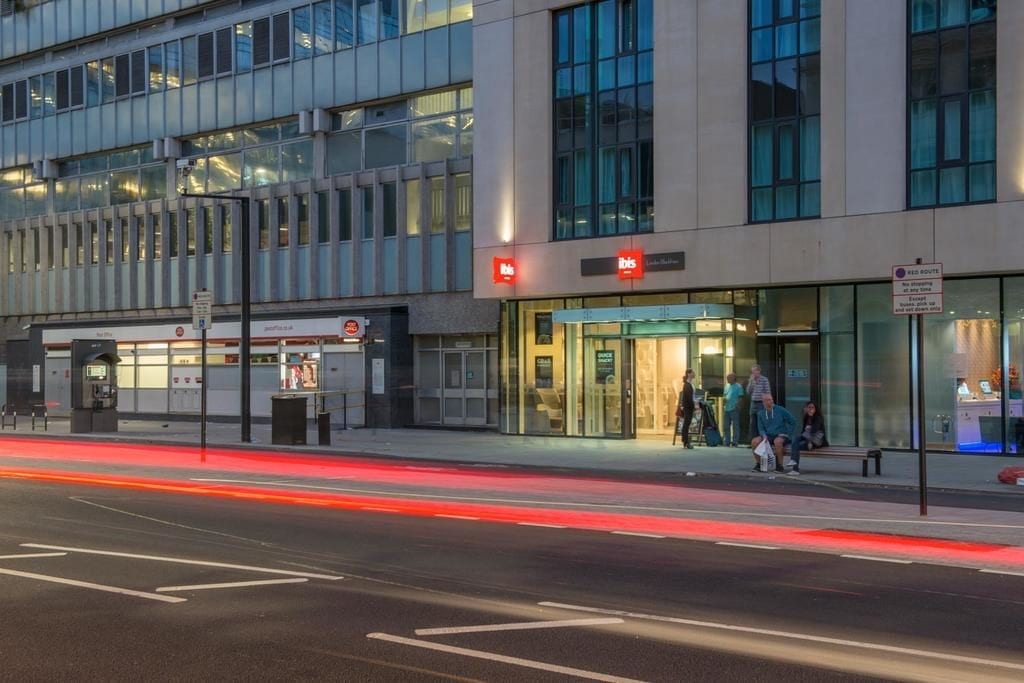 This Ibis hotel is located just 5 minutes’ walk away from Waterloo Station, where the Tate Modern is within 10 minutes on foot. Not to mention, you also have access to the Big Ben and London Eye by 20-minute walk. Equally important Ibis London Blackfriars provides access to the shops of Oxford Street via a 10 minutes journey on the Jubilee line from Waterloo to Bond Street Tube Station. Within the vicinity there is also gastro-pubs and chic restaurants, as well as bars and eateries located along the banks of the Thames.

Each room is modern and equipped with an en suite bathroom, an iPod dock and a flat screen TV.  Moreover, all rooms feature city views and include ironing facilities and free toiletries. You also have access to free Wi-Fi  throughout the hotel, a 24 hour reception and a 24 hour meal and drinks menu. Onsite restaurant called “Fogg’s” provides you with modern and creative meals throughout the day, with cooked and continental breakfasts available each morning. 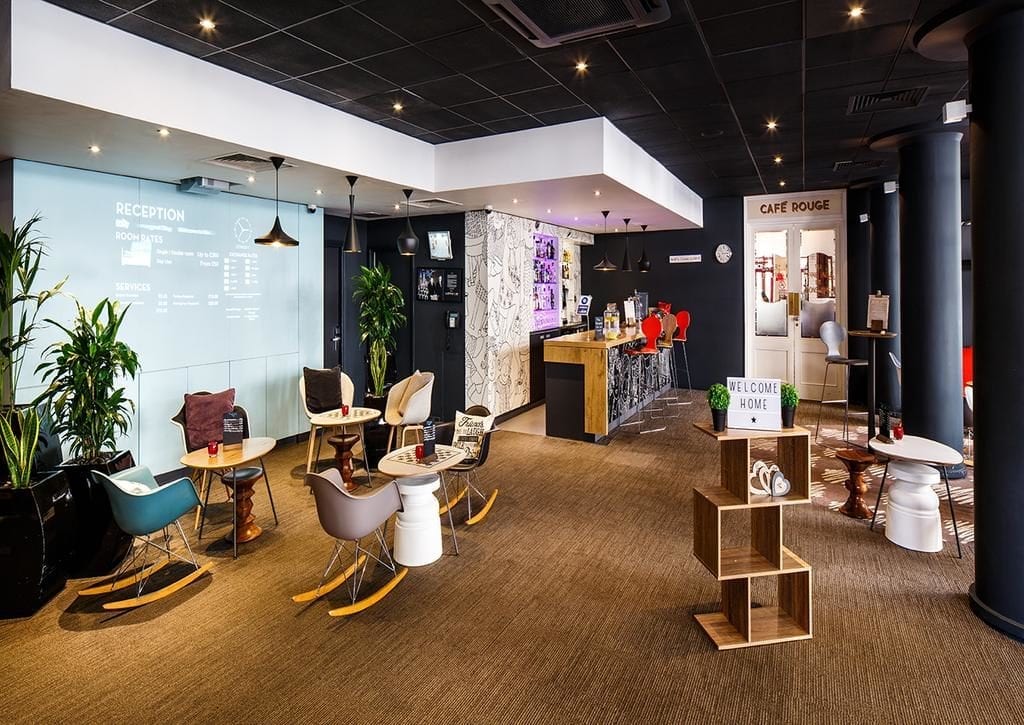 Based merely a 10-minute walk from The Royal Observatory,  Ibis London Greenwich is composed of a 24-hour front desk, stylish bar and an on-site restaurant. Rooms are modern and bright with each unit including a work desk and high-speed internet access. Additionally, all rooms feature a private bathroom, satellite TV, and tea/coffee facilities.

You can enjoy wine, coffee, meals and light snacks in the contemporary bar. You can choose between an English or Continental breakfast in Cafe Rouge. Not the mention, this Ibis hotel is a 5-minute walk from Greenwich Market and Cutty Sark. You can reach The O2 Arena by just a 10-minute drive. Furthermore, South Bank is a 15-minute drive and Greenwich DLR and Railway Stations are just 550 yards away from the hotel.

Located just 550 yards from the famous Wembley Stadium, the Ibis London Wembley offers modern rooms, lively sports bar and a traditional restaurant. Each bedroom includes free Wi-Fi private bathrooms, and some have amazing city views. Additionally, all rooms feature tea/coffee facilities, a TV with Freeview channels and a work desk. This Ibis hotel has an à la carte restaurant, offering a varied menu for evening dining. The on site bar consists of a large-screen TV, with snacks and drinks throughout the day. Ibis London Wembley has a convenient location,  a short tube-ride from Marylebone and Baker Street. The M1 motorway can be reached in a 10-minute drive and you have access to the Wembley Arena by just a 10-minute walk.

About LK 740 Articles
Hi and welcome to my travel blog! Based in London, I work in investment banking in a quantitative field and although I am not part of the travel industry, I have a ton of passion for travel. My blog is a reference guide for my fellow travelers with the same passion as me. Hopefully the blog is easy to navigate and my aim is to bring the most relevant and interesting information before you begin your journey!

Ibis Manchester hotels are a very affordable choice for visitors to Manchester looking for a convenient location in the heart of the city. […]

Ibis Birmingham hotels are perfect for all purposes and are based in prime locations of the city. Full location and facilites review to help you decide. […]